Many die-hard fans of iPhone may once own an old iPod device, like iPod nano, iPod shuffle, or iPod classic. And for them, these iPod devices are mainly used as MP3 players. So, it is natural that people may want to play Apple Music on iPod.

However, it has been confirmed that users cannot sync Apple Music tracks to either the iPod nano or the iPod shuffle.

Why You Cannot Sync Apple Music to iPod Nano

The obvious reason that Apple doesn't allow you to sync Apple Music to iPod nano is that iPod nano has no Wi-Fi connectivity. Without an Internet connection, it’s impossible for tracks to be authenticated on the iPod nano and so they could be kept and used after an Apple Music subscription has expired. To prevent that from happening, Apple simply won't allow Music tracks to be stored locally on these devices.

So, if you try to sync offline Apple Music tracks to your iPod nano or shuffle, you’ll simply get a warning from iTunes that Apple Music songs cannot be copied to an iPod.

Actually, Apple uses the Fairplay DRM to restrict people from copying Apple Music to other unauthorized devices. If you really want to play Apple Music on iPod nano, the only thing you need to do is to remove Apple Music DRM. 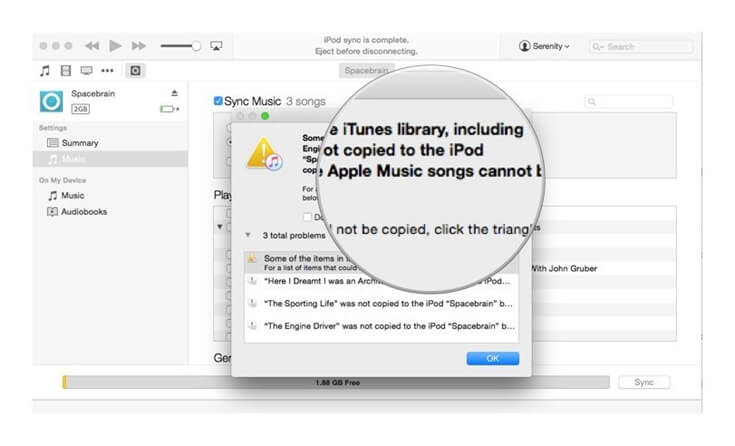 When you open the program, iTunes will be launched automatically. Please sign in to your iTunes with your Apple Music account. Then, the program will load all your iTunes media files to the main interface directly.

Click "Music" or other Apple Music playlist on the left column and sort all songs by Type. Find songs labeled with Apple Music AAC audio file and check the ones you want to convert to MP3.

So, you can choose MP3 or AIFF as the output format. You can change the bitrate to 256kbps, too. For each output format, this software provides 3 profile settings: High, Normal, and Low with different Bitrate, Samplerate, and channels. You can also customize the value as you like.

Metadata including Title, Artist, Album, Genre, and Artwork will be preserved to output MP3/M4A songs.

Click the "Convert" button to start the conversion process. You will get DRM free Apple Music songs soon. 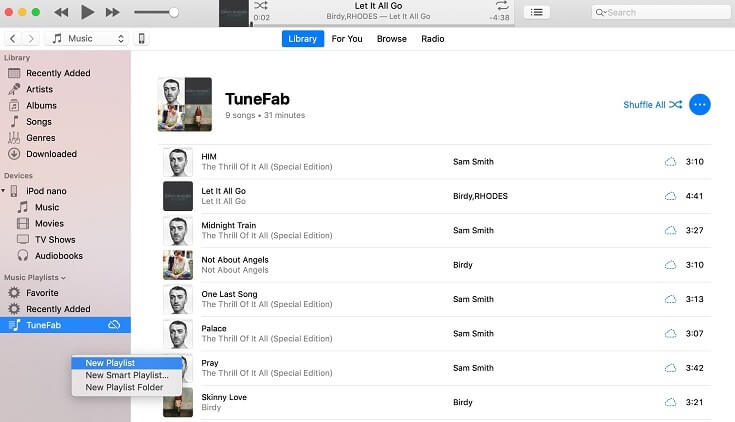 3. In the "Playlists" sections, choose the new playlist which includes the Apple Music songs that you put on the iTunes library.

4. Click "Apply" and iTunes will sync the converted Apple Music to your iPod. 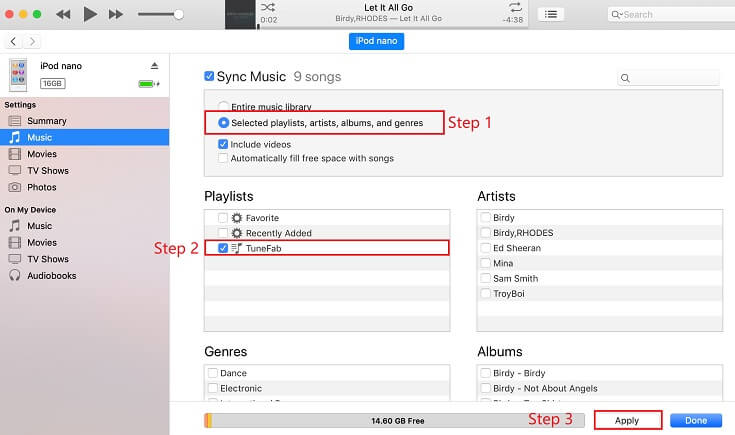 How to Put Apple Music on iPod shuffle (In-depth Guide)