Part 1. Tutorial on How to Stream Spotify Music on Blackberry Part 2. More Information About Blackberry

When you searching on the Internet, it is easy to find out that it is hard to get Spotify Apk file to install the Spotify App for playing Spotify. And the easiest way to fix it is through Amazon App Store. As it is no Spotify App available on the Blackberry App store, is it possible for you to stream Spotify on your Blackberry? For this situation that Blackberry can't play Spotify music, we provide two solutions. One is to download the music by TuneFab Spotify Music Converter; one is to record by TuneFab Screen Recorder. Check it for details. 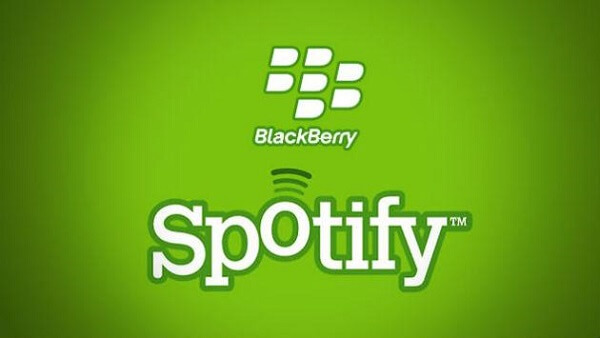 Part 1. Tutorial on How to Stream Spotify Music on Blackberry

Download TuneFab Spotify Music Converter to get free installation. When finished, launch it to get into the main window, and then the utility can get started.

It is quite easy to download the Spotify music by TuneFab Spotify Music Converter, just convert the songs to other audio formats. Here we use MP3 as an example, and also M4A, WAV, FLAC available, choose one of them according to your preference.

No need to worry about whether you have to convert the song one by one or whether the time is long or not, for the conversion is automatic and also needs just a few minutes. What's more, there will also be a "History" option for making sure no songs are missed or fail to convert.

KNOW MORE: How to Play Spotify Music on Blackberry?

When the conversion is done, maybe you will wonder how I can play them on my Blackberry phone. Very simple question, just use a USB cable and transfer the songs from the folder on PC to your Blackberry.

Or, there is another method available - use Dropbox to backup the Spotify music. It supports multiplatform such as Windows, Mac, Linux, iPhone, Blackberry, Android, meanwhile, you also can operate on the website, which is convenient for using Dropbox anywhere and anytime.

Download the software from above button freely, launch it and then choose "Audio Recorder".

Two options are provided; you can choose system audio or the microphone.

When finished the Spotify Music recording, stop it and tap the "Play" icon to check whether the recorded version is the same as the original Spotify Songs.

Step 5. Save the Recorded Spotify Music

After checking, if satisfied, then tap "Save" icon on the right side. There will be a processing bar showing when the process is done, click "Finish" button. After that, go to the default folder to listen to the Spotify music offline.

As for how to transfer the Spotify Music to other devices, the method has been mentioned above in Solution 1, you can go back for checking.

#1 Blackberry is a line of smartphones, tablets, and services originally designed and marketed by Canadian company BlackBerry Limited, which is known as Research In Motion Limited before. It was considered to be one of the most outstanding smartphone vendors in the world, especially in secure communications and mobile productivity.

#2 Spotify for BlackBerry is only compatible with the following devices:

*P.S. And the Spotify for BlackBerry APP would only support phones running GSM networks.

With these two methods and few steps that can easily help you out of the BlackBerry issue. Both TuneFab Spotify Music Converter and TuneFab Screen Recorder are useful ways to stream the Spotify music and then transfer them to Blackberry. Choose whichever you want is suggested.