Did it ever happen to you that Apple Music keeps splitting individual songs from the same album and then showing them as two or three separate albums? If the answer is yes, then you are not alone. A lot of users are having the same issue with their music albums in iTunes or iPhone Music app. If you want to know why this issue occurs and how to stop your albums from splitting, this guide is the right place for you.

Let's first start by figuring out why Apple music splitting albums on your iPhone or iTunes.

Why The Same Album Is Broken into Multiple Albums?

I've been having this annoying problem too, that the same album split up into two on my iPhone, while everything in iTunes is normal. It got me confused, so I google it trying to find out more details and wondering if there's anyone that experiences the same situation. After a few hours of searching, I've found that many of the iTunes and Apple Music splitting album issues are due to the following reasons:

1. There are different versions of the same album.

Users had reported on Reddit that they've seen multiple versions of the same album, for example, "There're 4 versions of 'Graduation' by Kanye West, one is clean and the other 3 are explicit versions." Other versions you might have seen are "Standard", "Censored" or "Deluxe" versions.

Generally, it's quite common for the record company to release different versions of some albums, because that is a great way to make more money. The "Deluxe" version is a case in point. After the regular version is released for a certain period of time, a special edition called "Deluxe" version will be released. The "Deluxe" version usually includes extra content (added value) that doesn't offer in the initial release, such as extra remix CD, extra tracks, live DVD, edits of album tracks, music video, demo recordings of album tracks, etc.

Takeaway: Speaking of the album version, some of you might have known that Apple Music now offers a new feature called "Other Versions", which was first reported by Federico Viticci of MacStories. This feature helps you easily find the exact album version you like for by grouping all the different versions of the selected album together.

Here's how to view other versions of a selected album in Apple Music:

Open Apple Music on your iPhone or Mac, tap on an album, then scroll down and you will see a section called "Other Versions" listed below the track list. This feature is not supported on iTunes for Windows. 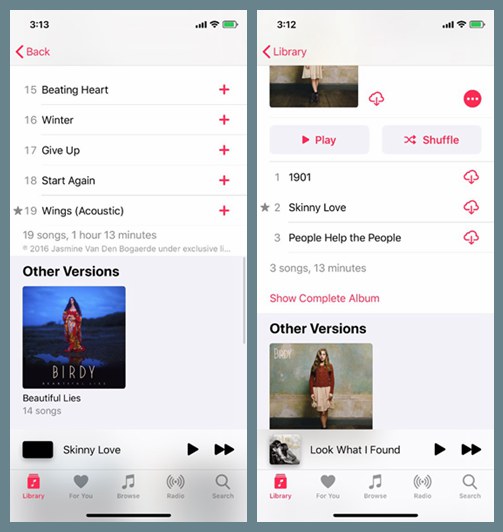 2. Metadata conflict is the most likely reason for the splitting album issue.

Reason 1: There are more than one artist in the same album.

Reason 2: Album Artist fields are mismatched in the "Sorting" tab.

Reason 3: The Album Artist field is not matched with the Artist's field.

Reason 4: Some of the songs on the album have different release dates.

Reason 5: The album is released under different labels and publishers, but the songs are exactly the same.

iTunes sorts and organizes your music library based on the Artist's name. If there're multiple artists for a certain album, or if it is a compilation album, Apple will split up the album into individual albums which matches to the specific artists' name. It will also create a split when the Album Artist field and Artist filed are different on the sorting tab. 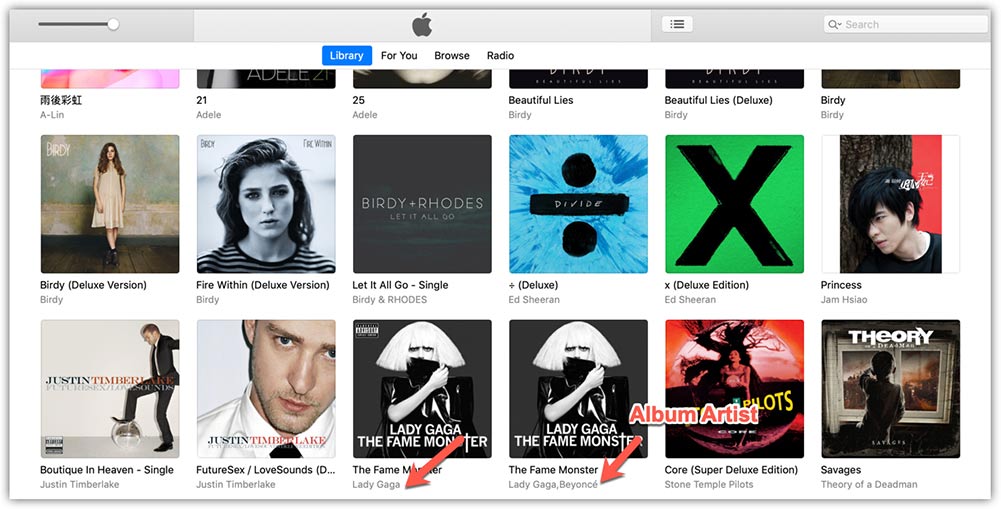 Apple localizes foreign bands and artists by displaying the translation of the album name and artist name. This will help those who don't speak, read or type that foreign language to search songs easily. If you are using Apple Music in the U.S. but had set your iPhone in another language, such Japanese or Simplified Chinese, then it will create a split. You will find the same album is turned into different versions labelled by its native artist name and the translated artist name.

How to Merge Splitting Album in iTunes or iPhone?

You can apply the following methods to fix the issue. Most of the instructions should be performed on iTunes, so make sure that you’ve installed iTunes on your computer.

Method 1. Ensure that the “Album Artist” Field is Identical in Splitting Albums

Step 3. In "Details" > "Album Artist" tab, use the same Album Artist for the separate albums.

Step 4. After you rename the tag, the separated albums will be grouped into one album. 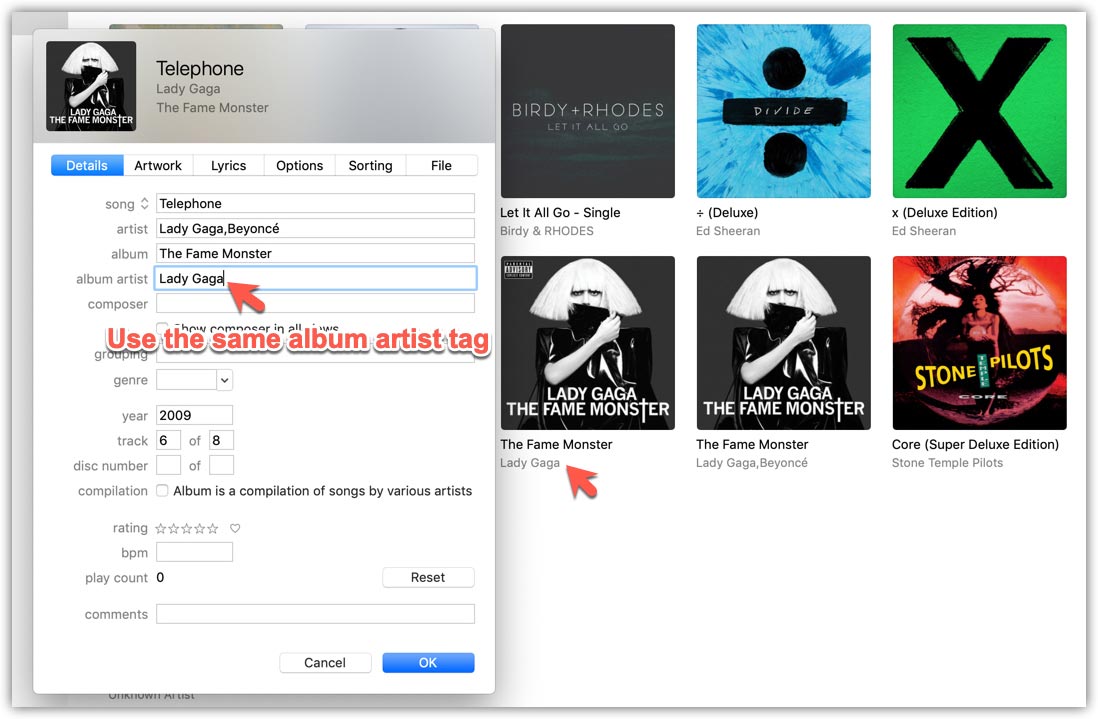 Step 5. Now you can sync combined album from iTunes to iPhone. The album should show as one in your iPhone. 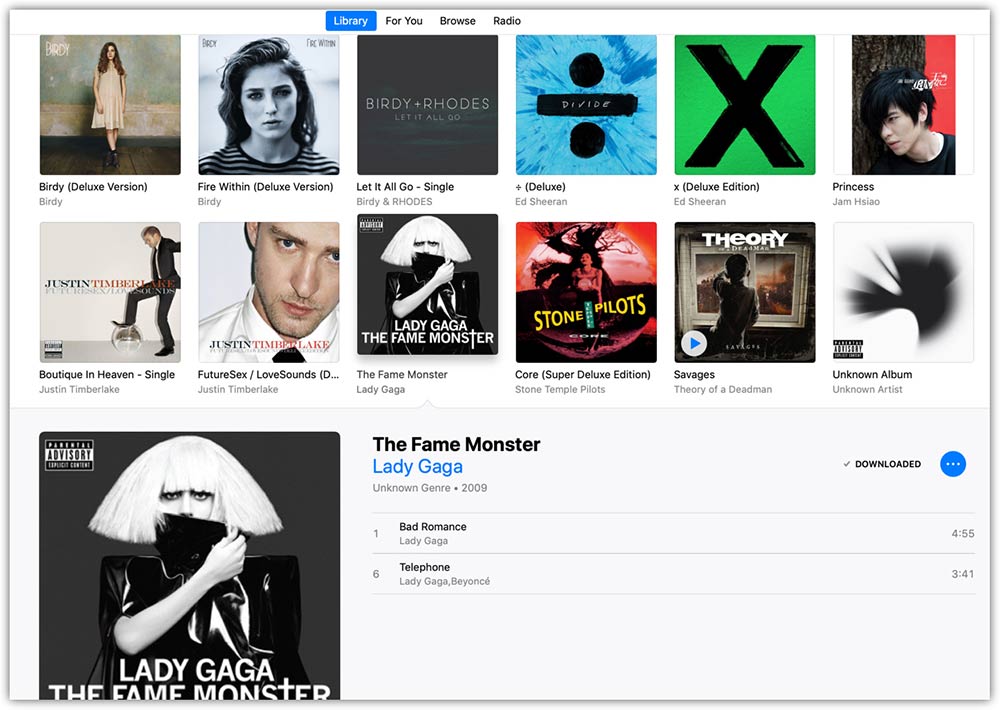 Method 2. Check and then Uncheck "Compilation" in iTunes

If the Artist tags are identical in both splitting albums but the issue remains, try method 2. This method is shared by other users in the Apple community and it worked somehow. Take a shot and see if it can help you solve the problem.

Step 1. Select both albums in iTunes and right click the mouse, choose "Get Info".

Step 3. Then select both albums again and uncheck the "compilation" box. 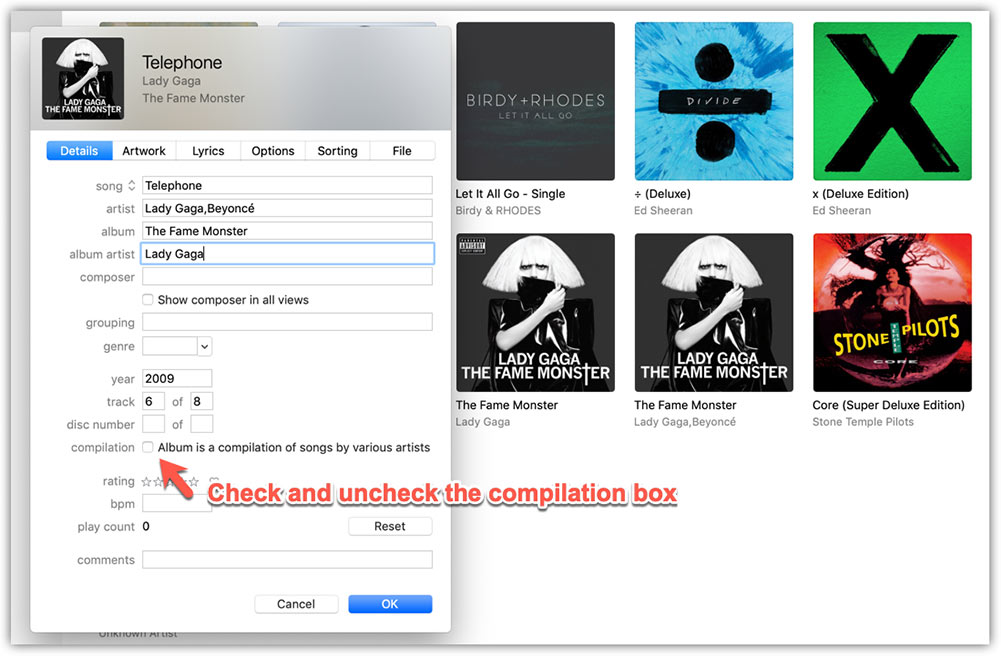 Method 3. Turn iCloud Music Library off and on (iTunes & iPhone)

Turning off iCloud Music Library means all songs you've downloaded from Apple Music will be deleted. Then you can turn it back on and re-download the songs from iCloud. 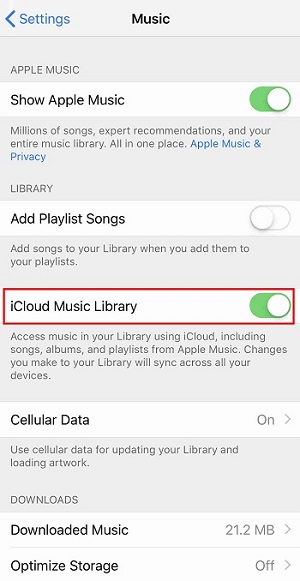 Method 4. Remove the Album from Library and Re-add It (iTunes & iPhone)

Another method that might work is to delete the separated albums from your iPhone, and then re-add them.

Done! If you have other methods that can fix Apple Music splitting albums issue, let me know in the comments!