Today, many of us are keen to enjoy Spotify music during exercise. And to do that, we mostly take our cellphone along with us for playing Spotify songs. However, the smartphone is bulky and fragile which is hard to carry, so people start looking for a method that will allow them to play Spotify music while exercising without using a smartphone. Mighty, a mini portable Spotify music player, is therefore favored by the those who want to listen to Spotify with a lightweight and durable device. This article will guide you how to listen to Spotify tracks on the Mighty player and give you tips to play Spotify offline on any device. 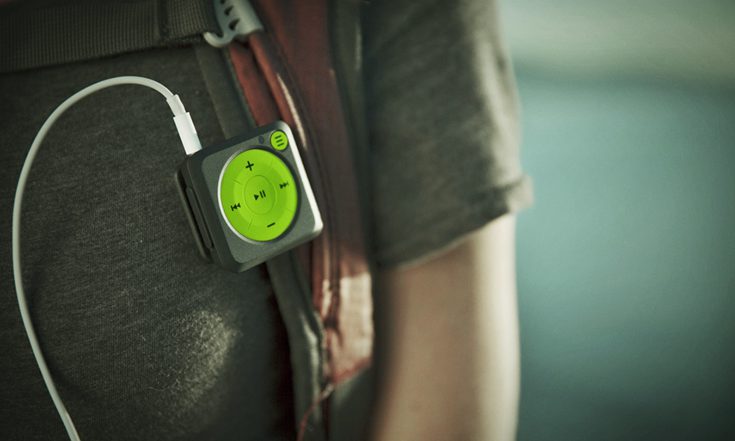 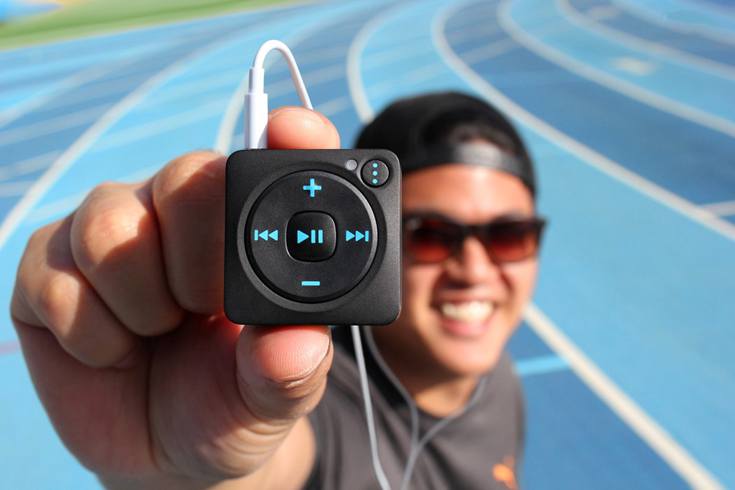 Mighty supports storing offline Spotify songs for 48 hours and it has a large capacity for storing 1000+ songs.

Mighty provides a list of multiple playlists and it allows you to shuffle and sync playlist flexibly.

There are some simple controls on the interface of Mighty like play, pause, next, previous, volume up or down. To start playing the synced Spotify playlists on Mighty player, you just need to simply press the "play" button until the green LED light comes; to turn off Mighty's playing, you do it the same way by pressing the "play" button until the light turns orange; to cycle through your Spotify playlists, you can press the "three dots" on the top right of the Mighty.

As a streaming Spotify music player, Mighty supports at least five hours of continuous playback of Spotify music. You can charge it with the 3.5mm audio jack-to-USB connector. There are three audio quality levels for you to set including "normal", "high" or "extreme" when you download Spotify music to Mighty.

While using Mighty, you don't need to worry about any breakdown resulting from dropping or water encountering. Because Mighty is drop proof and water resistant.

Part 2. How to Sync Spotify to Spotify Mighty Player

Now, with a variety of advanced features and functions, Mighty is indeed a colorful and powerful Spotify music player which allows you to play Spotify music offline without connecting your phone. It is worth mentioning that Mighty costs $85.99. Also, to use Mighty, you'll need Spotify's Paid Premium service, which costs $9.99 per month. Now follow the instruction below and learn how to play Spotify on Mighty player step by step. 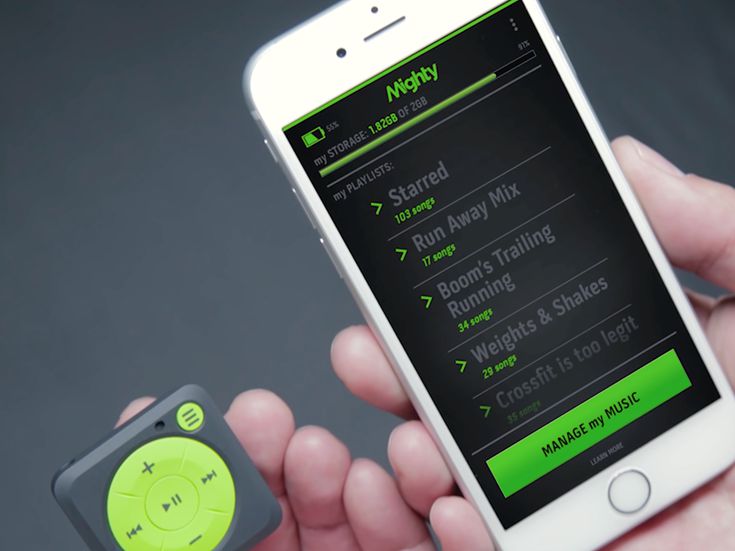 1. Make sure you've got the Mighty device at hand. If not, you can purchase it by clicking on this link; 4. Connect your Mighty device to your Mighty mobile app by tapping "Connections" on your Mighty app. You can connect them through Bluetooth or Wifi.

6. Wait for a while when downloading Spotify playlists to Mighty. When the download is complete, you are free to use the Mighty player to take your Spotify music on-the-go everywhere without a phone. To enjoy the Spotify music more clearly, you can even pair your Bluetooth headphones with the Mighty!

Now, I believe you've already known how to play Spotify music on the Mighty player. However, you may not be willing to pay $85.99 to get Mighty or even cost $9.99/mon for Spotify Premium service.

Is there any way to help you simultaneously save Spotify tracks permanently and play them offline on any other device rather than Spotify-compatible ones? TuneFab Spotify Music Converter is the best solution.

With TuneFab Spotify Music Converter, you can:

Now, follow the steps below to convert Spotify music and play them on both Spotify-compatible and Spotify-incompatible devices.

Download and install the compatible version of TuneFab Spotify Music Converter by clicking on the above button. Then run it on your PC.

By hitting on "Add Files", you're free to add songs, playlists or albums from Spotify by dragging the songs or paste the link. Then get your music ready for converted.

Go to "Options" > "Advanced", you are able to select the output format like MP3, M4A, WAV, FLAC. Also, sample rate & bitrate can also be specified to improve the output quality. By clicking on "Options" > "General", you'll specify the output folder to save the converted songs.

After completing all the settings, press on "Convert" to get the files of the converted songs permanently so that you can play them offline on any device freely as you want.

Mighty - Spotify music player is indeed the first and only device to take Spotify streaming music on-the-go without a phone. You've also understood how to play Spotify on it. However, there are still some limitations while using Mighty - $85.99 paying for the Mighty device, $9.99/mon costs for Spotify Premium, only Spotify playlists syncing, and 30-days storing. Thus, give TuneFab Spotify Music Converter a try! It can really help you save Spotify songs and listen to Spotify offline on any device everywhere. Anyway, enjoy your Spotify freely!