You can play Spotify music through different platforms, inlcuding Android app, iPhone app, desktop program and web players on Chrome, Firefox, Edge, Opera and Safari. However, ever since September 2017, Spotify dropped Safari and when you are trying to use Spotify web player on your Safari, you'll be asked to either use an alternative browser or use Spotify app on Mac. 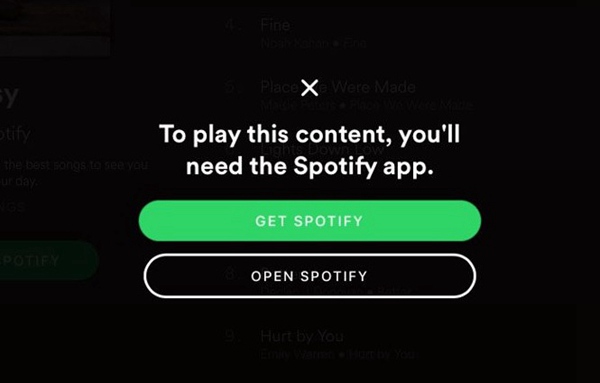 Reason: Why Spotify Web Player Not Working on Safari

As of September 8th, Spotify web player is no longer supported on Safari and the official doesn't confirm whether or when the feature will come back. It is possible that the change is because of a plugin called Widevine Content Decryption Module that Spotify needs is not supported by Safari, according to the French site, Mac Generation.

When users attempt to manually add the plugin, they will get the message below: "Widevine Media Optimizer" does not support the highest level of security for Safari plug-ins. Websites using this plug-in may be able to access your personal documents and data. 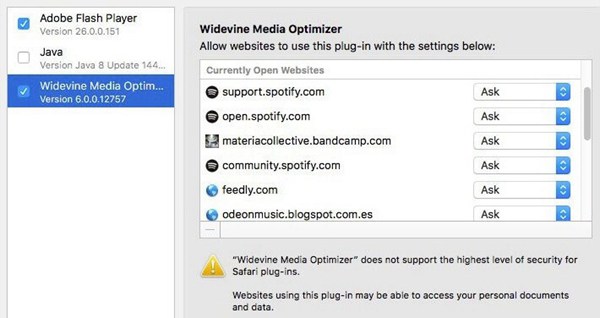 It is not a huge issue if we can't play Spotify music with Spotify web player on Safari because there are many different alternative ways to enjoy Spotify on Mac. To take an example, you can download Spotify music offline for free and enjoy it anywhere you like with the help of TuneFab Spotify Music Converter.

TuneFab Spotify Music Converter is an excellent music converting software allowing you to download Spotify music for offline playing without Spotify Premium. Spotify songs are DRM-protected in OGG format and you are allowed to convert OGG into MP3 without any effort. The process is simply drag-and-drop the Spotify songs which needed to be converted. Get a copy of TuneFab Spotify Music Converter and let's cut to the chase:

Download and install TuneFab Spotify Music Converter. Then, the main interface will be shown up as below. 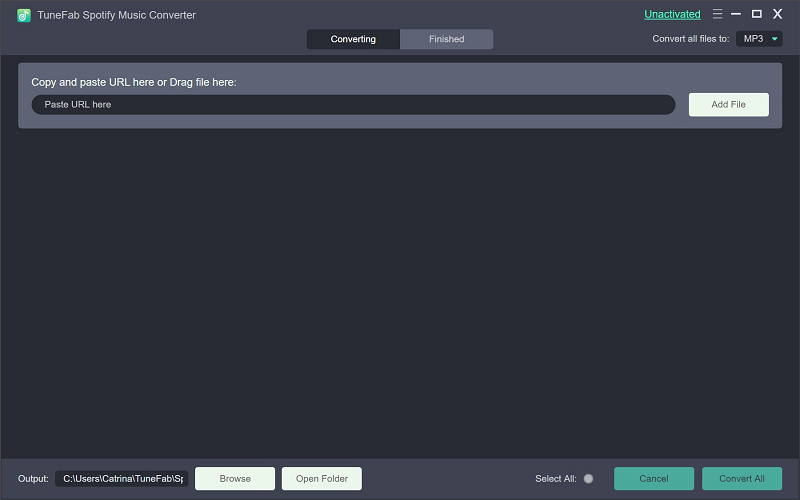 As the interface below shows, hit on the "Add" button from the top-left and you will be allowed to drag and drop songs, albums, artists or playlists from Spotify app to the program. Hit on "Add" again at the bottom right when you finished.

Now that all the songs you just chose are listed as below, you can now browse and uncheck those you don't need. Hit on "Add" again to move to the next step. 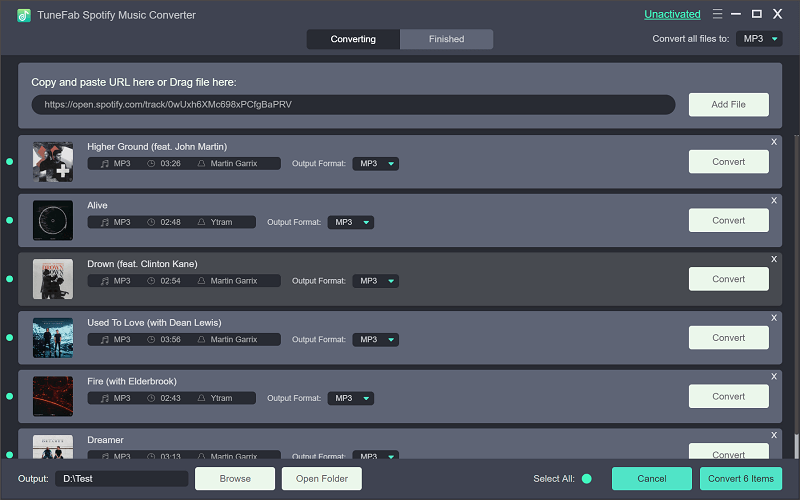 Now, it's time to set up the output format for your Spotify songs. Go to "Options" > "Advanced" and you will see the pop-up allowing you to choose output format from MP3, M4A, WAV and FLAC.

In the interface, you just need to simply click on "Convert" button from the top and the process just begin. Before long, all the songs you need are listed in the interface. You are now allowed to play them on any devices or platforms that supports MP3 music.

If you don't like to download the music which will stack up your device, it can be simply solved: Just let go Spotify web Safari and switch to a Spotify app on your Mac.

Step 1. Visit the official site of Spotify and hit on "Download". 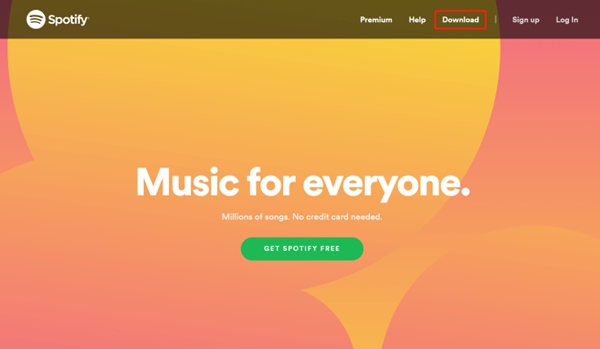 Step 2. Then, in the next step, you can choose the operating system of the device you are using and download a copy on your Mac. 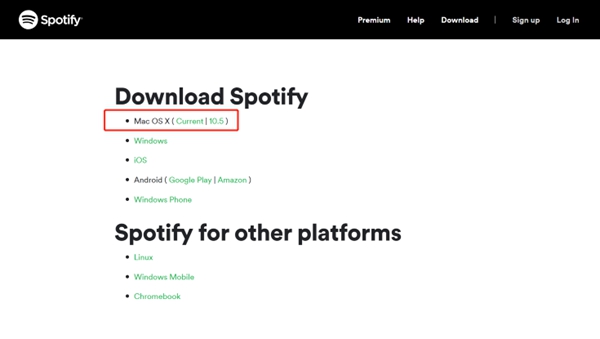 Step 3. After the installation, just launch Spotify and here you are, the main interface of Spotify for Mac will be shown as below. 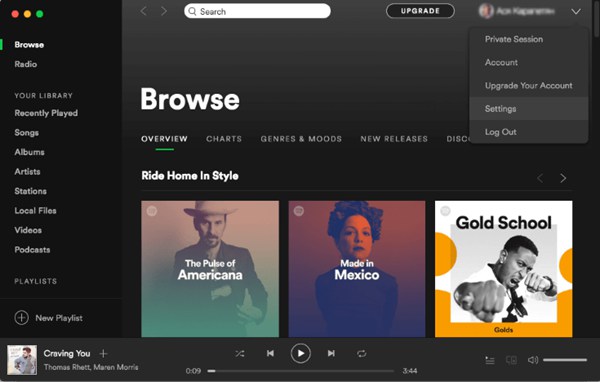 Step 4. In the top right corner of the interface, there's a sign in option. Hit on it and input your Spotify account user name and password to sign in and your Spotify song in library will be synced.

The reason why many Spotify users use Spotify web player because they enjoy Spotify songs on different devices and would prefer enjoying Spotify songs whenever they want by opening the web player page on the browser.

It's not a big deal that Spotify doesn't supports web browser Safari anymore because as we known, there are many different useful browsers for Mac that supported by Spotify, such as Google Chrome, Microsoft Edge, Firefox, and Opera. 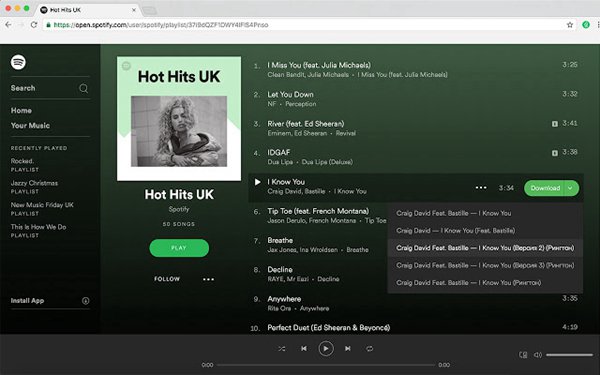 That's it. Spotify web player not working issue on Safari is now fixed. You can switch to other Chrome web player or download Spotify App for Mac and enjoy Spotify anywhere you like. Lastly, if you need to enjoy Spotify somewhere without Wi-Fi, you are highly recommended to use TuneFab Spotify Music Converter for offline playing without Premium.

You May Like: How to Use Apple Music Web Player to Listen to Music Online