The Apple Music expansion in 2020 brings the online music service to a total of 175 countries and regions including the new 52 countries from Africa, Europe, Asia-Pacific, Middle East, and Oceania.

No matter you are a beginner from the new markets or have been using Apple Music for years, you might try to do the same thing once – uploading songs you burned from a CD or previously purchased from iTunes to iCloud via iTunes. However, when you try to play those songs you adding from other sources, you are likely getting an error that states: "This Song Is Not Currently Available in Your Country or Region" despite the fact that they are still available for purchase via iTunes Store. 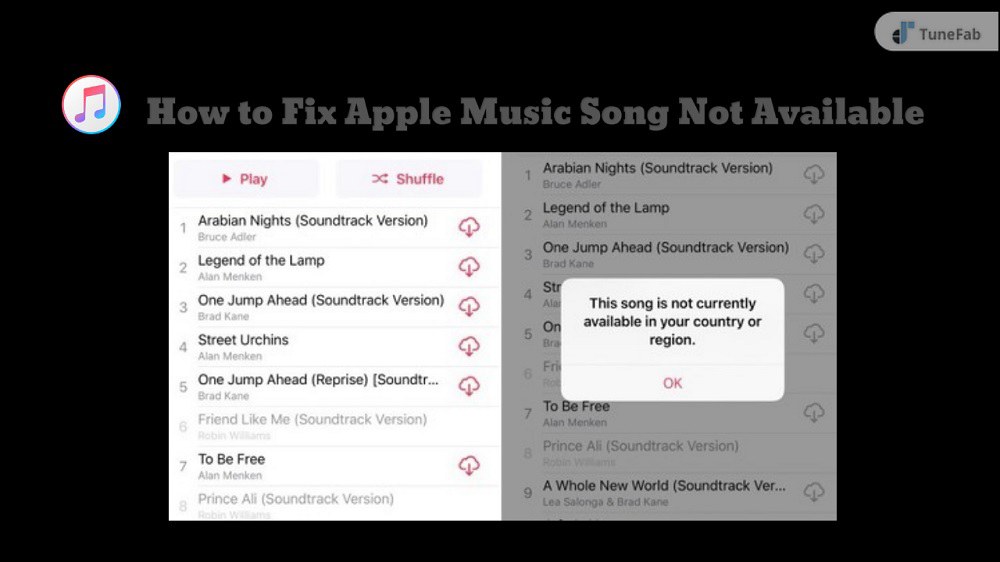 What does this error message mean? It usually means those songs or albums may no longer have streaming rights in the U.S. (or your current country/region). If the record labels such as Universal Music, Sony Music and Warner Music renew the streaming rights, these songs can continue to be streamed on Apple Music.

Keep reading if you are still interested in knowing the troubleshooting techniques.

Why are some songs not available on Apple Music？

If some songs in your Apple Music library have suddenly turned grey and cannot be played on your iPhone, iPod touch, Mac or iTunes on Windows, the reasons are as follows.

Reason #1 That song isn't or no longer licensed for the country or region you're in.

The music catalog offered by Apple Music varies in different countries or regions. For example, you can enjoy up to 60 million songs in the U.S. while in Mainland China, the number is far less than 60 million. It's almost impossible to access all the songs around the world in Apple Music app, whether you are in U.S., UK, Japan or Canada. The music availability of Apple Music mostly depends on a country's user preference, artist activities, domestic law and most important, the licensing deals with record labels.

Before the release of Apple Music, you can buy tracks or albums through iTunes Store and you'll always keep full ownership of the items you purchased. But it is not the way how Apple Music works. Apple Music won't let you keep the ownership of the songs you are subscribing to, and the availability of tracks can change over time. If there're any changes maded to the music licensing agreement, it will affect the music availability as well.

Now you should know that the music copyright is the major reason why some certain songs suddenly disappear in Apple Music library yet they are available in iTunes Store for purchases.

Another reason why some of the songs show as unavailable in Apple Music is because that particular artists or songs are banned or blocked by the country of your residence. For example, Apple has removed a song that referenced Tiananmen Square Massacre from Chinese version of Apple Music in order to comply with the Chinese censorship rules. And some songs with explicit lyrics will be mysteriously taken off China's Apple Music as well.

Takeaway: If you want to know whether or not a certain song or album is available on Apple Music in your region or country, or to find out if an artist drops his/her latest music releases on Apple Music, you can use Apple Music Marketing Tools to manually search for the information. If you are not getting any result form that tool, it means the song is not available in that particular area.

Reason #2 Apple Music can't match your song to its database.

If you want to import your own music files to Apple Music library, such as MP3 files purchased from another platform, ripped from a CD or even downloaded from some online websites, it's easy to get the job done with the iTunes desktop client. (How to add your own songs to Apple Music)

Once added, your music files will be scanned and matched to a song that's already exist in Apple's own database. If matched successfully, you will get a new 256 Kbps AAC file (DRM-encrypted) that are available for streaming on all your devices.

If song matching failed, you will see the cloud status show as a dotted-line cloud or an ineligible icon - a cloud icon with the slash through it. (Identify cloud status icons in your music library)

What does a dotted-line cloud net to a song mean?

What does ineligible icon next to a song mean?

It means your music files are ineligible for uploading to iCloud Music Library because they don't meet the Apple Music synchronized criteria. According to Apple's restrictions and rules, song larger than 200 MB or encoded at 96 Kbps or less are marked as Not Eligible.

Reason #3 The older song has been edited to a new version on Apple Music.

If the older songs in your playlist are suddenly unavailable, check if there's a new version of the songs on Apple Music. These old songs may have been retracted by artist or the record company for all regions or selected regions. You can remove the old tracks from your library, search for the new version on Apple Music, and then add the new version to your list.

Reason #4 A bug to Apple Music or iTunes after the software update.

How to fix error: "This song is not currently available in your country or region."

Apple music content differs depending on the local licensing agreements in your location. If you are trying to use Apple Music abroad or access Apple Music in a place where the service is not currently available, you can use a VPN to unblock Apple Music.

By connecting to a VPN on your PC/iOS/Android, your IP address will be "changed" and looks like you are streaming from another country. This can fix the issue that a song won't play as it isn't licensed for the country/region you are in.

This solution is suggested by users who have experienced the similar issue. First, launch iTunes and connect your iOS device to computer. Next, look at all songs on device in iTunes on computer and find those song grey out, go to device and tap each song to try to play it. After taping all grey songs, go back to iTunes on computer and perform a sync. This will restore the ability to play those songs on your device.

Solution 4. Delete the songs, then add them back to your library.

Solution 5. Sign out Apple ID and sing back in.

How to fix error: "Item Not Available. This item can't be played." 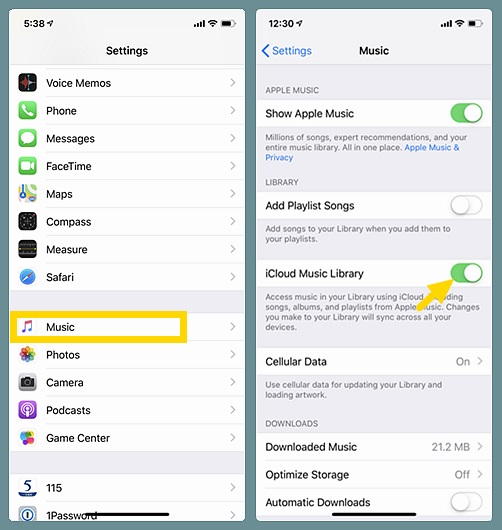 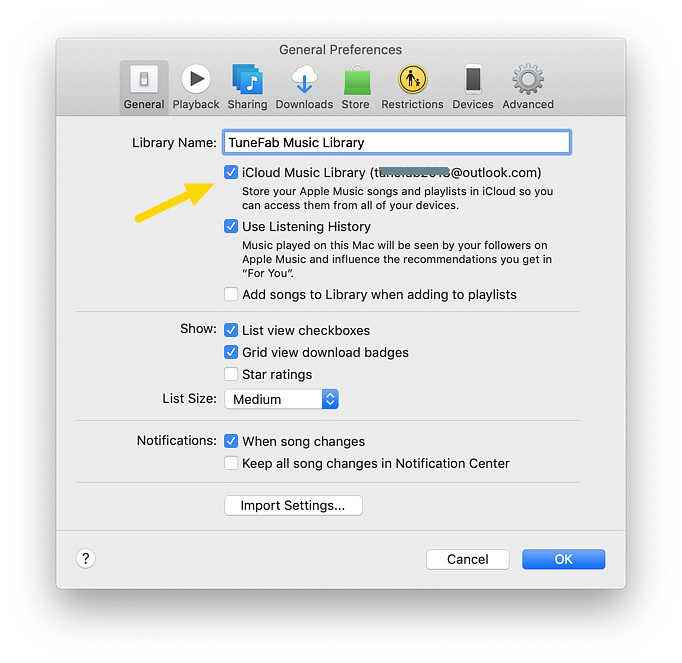 Solution 2. Delete the Old Track and Add the New Version from "Search"

If disabling and enabling iCloud Music Library can't fix the error, try to delete the song from your library manually and then go to "Search" to find and add the song again.

This method is able to make sure that you are using the latest version of the song. Sometime, if a song from an older playlist has been modified, the modified song will be saved as the new version on Apple Music. Then the original song will be invalidated. 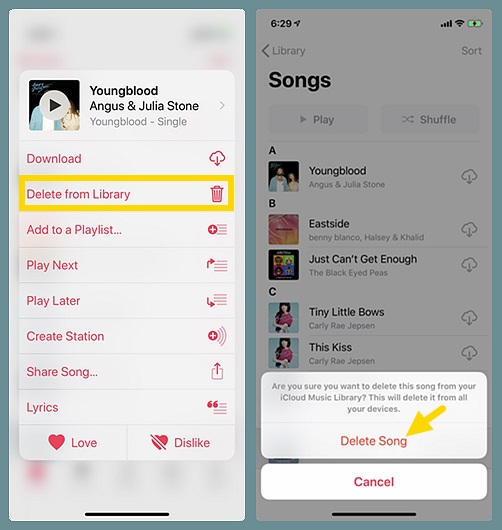 Solution 3. Force Close the App and Restart Your iPhone

Another quick solution to fix songs not available on Apple Music is to force quit Music app if you are using iPhone. And then restart your iPhone and relaunch the app.

Restarting your device can fix some unknown bugs and make the App run smoothly.

The above methods might be able to fix the issue temporarily, but if you want to make sure the "Item not available" error will never occur again, try the following method to download Apple Music songs to MP3 and keep them forever. In this way, all your Apple Music tracks will be available for offline playing even when your subscription ends.

Step 2. Launch the software, select the Apple Music tracks you want to download and save as MP3. 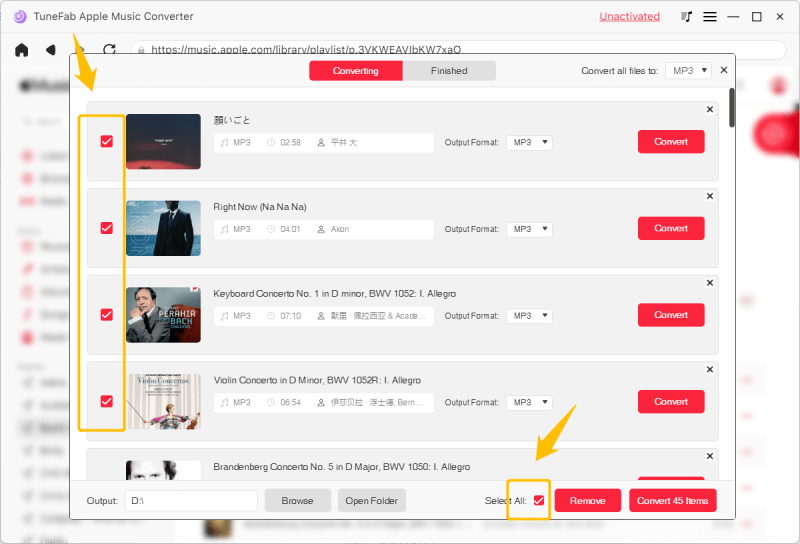 Step 3. Choose MP3 as output format and select an output folder for saving the converted songs. 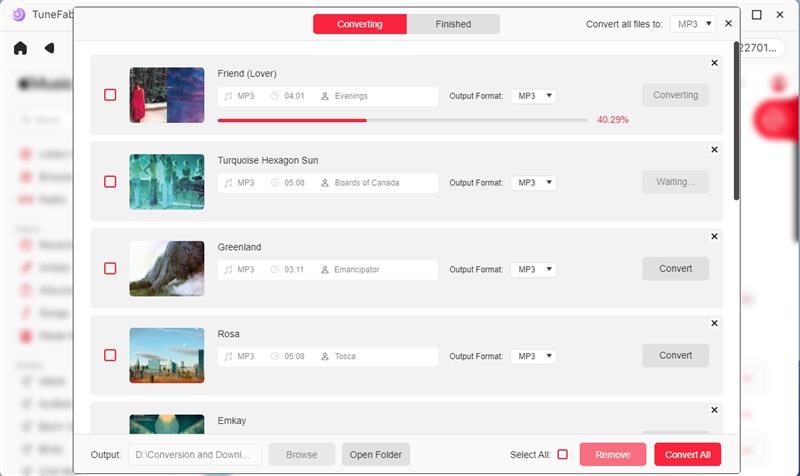 Is this article helpful to you? For me, the best way to fix "Apple Music songs greyed out" or "Apple Music item not available" is to turn off iCloud Music Library and turn it back on. It works most of the time. But I will recommend that you use TuneFab Apple Music Converter to save Apple Music songs to PC, all songs downloaded are DRM-free and you can keep the songs at any place you like forever.