Having trouble playing Apple Music on the common MP3 player or even the iPod Classic, iPod Nano, and iPod Shuffle? If you can't figure out a solution to listen to Apple Music on an MP3 player successfully, you can get help from this guide. 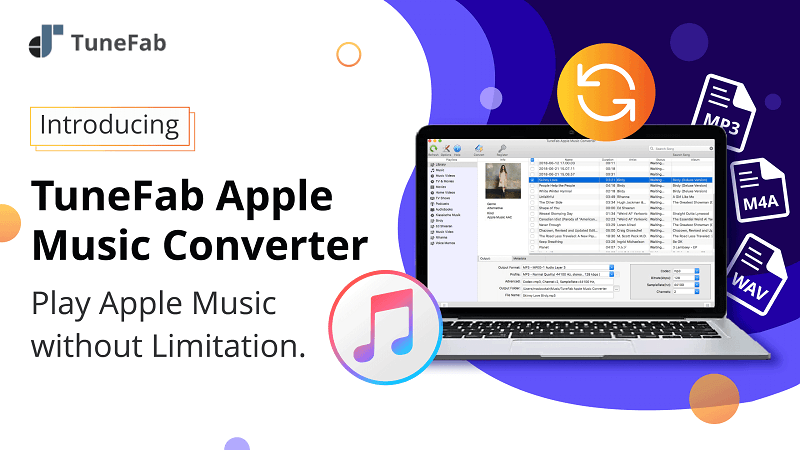 Part 1. What Devices Can You Use Apple Music on?

• All iPhones, iPads, and iPod touch models which run iOS 8.4 or later

But we always need to enjoy music on an MP3 player while running, exercising, on a bus and so on. So we have to find a solution to make Apple Music playable on the MP3 player like Sony Walkman, iPod Nano, iRiver, etc.

Part 2. Solution: How to Play Apple Music on MP3 Player

Due to the DRM, you might need third-party software - TuneFab Apple Music Converter to make it possible. This tool doesn't like the usual audio converter. It has the ability to break the barrier by converting Apple Music to MP3, M4A, etc. thus making Apple Music compatible with your MP3 player. The audio quality and original ID3 tags will be well preserved in converted files. Now follow the tutorial below to convert Apple Music to MP3 for playing on an MP3 player. You can back up Apple Music with few steps.

Install the TuneFab Apple Music Converter and launch it. And iTunes will be opened automatically to sync media files to TuneFab. After that, you can open the relevant playlist on the left panel and choose the Apple Music songs by ticking the box on the left side of the track.

The best output format for the MP3 player is MP3. So you can set the MP3 as your output format from the "Output Settings" tab. And it provides pre-designed profile settings: High, Normal, and Low with different Bitrate, Sample Rate, and channels. You can choose one that meets your needs.

After all the settings are made, go ahead and click on the "Convert" button to start converting Apple Music to the format compatible with the MP3 player.

Finished! You can transfer the converted Apple Music from your computer to any MP3 player for listening including iPod nano/shuffle/classic. TuneFab Apple Music Converter also can help you listen to old iTunes songs and Audible audiobooks on any MP3 player with the same method. Besides, you can use this way to enjoy Apple Music on your Android TV. Just Download and try it now.

Get to Know TuneFab