If you are the fans of Apple Music, you may notice that Apple Music in iOS 11 has newly added a "TV & Movies" section inside its program.

Apple is making its way into original TV shows and movies to try to make the services of Apple Music more competitive. The Planet of the Apps and Carpool Karaoke are two most representative original TV episodes in this new section. You could gain the fun and tips for listening to Apple Music songs as well as Apple Apps. They could lead Apple Music’s way to discover the possibility of adding the additional videos service instead of just providing the music streaming service. 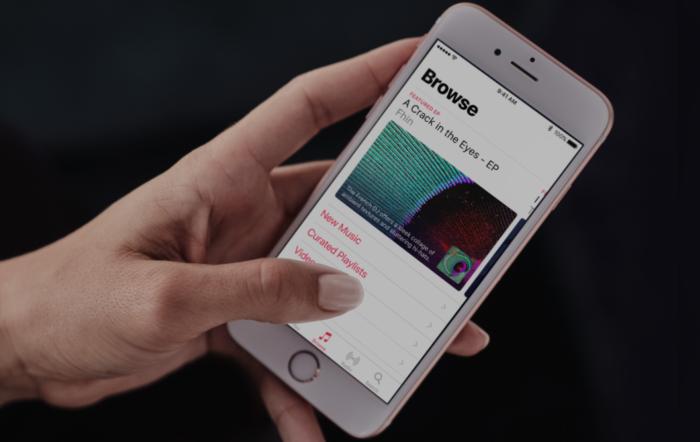 Firstly, you have to find TV & Movies section inside your Apple Music program.

Step 2. Scroll down and you will find "TV & Movies Section".

Step 3. Click into the section, you could preview the TV shows lists.

Select the TV shows you want to watch from the lists, then you could choose one of the episode from it. On iPhone, the episodes would be shown as a list. On iPad, they are shown as the grid-like representation.

>> How to Use Apple TV to Play Apple Music Smoothly

The release of this TV & Movies section in Apple Music doesn't mean that Apple want to start its steps to invading in TV shows and movies industries. It would be more reasonable to say that Apple wants to make the services of Apple Music more competitive. Comparing to Spotify, Apple Music also provides with high-quality original TV shows for users, which has made the $9.99/month subscription fee more beneficial. It is quite expected to see what improvement would be made on Apple Music's TV shows!