NO.2 Dunkirk NO.3 The Abominable Bride NO.4 The Nightmare Before Christmas NO.5 The Muppet Christmas Carol NO.6 Murder on the Orient Express N0.7 The Polar Express

Christmas is coming! Do you still dream of your red stockings filled with presents wrapped in red and green? Do you look for some Christmas Movies to feel the fun of Christmas again? Here are the best lists of Christmas Movies I am going to suggest to watch. Stay with me to glut your eyes! 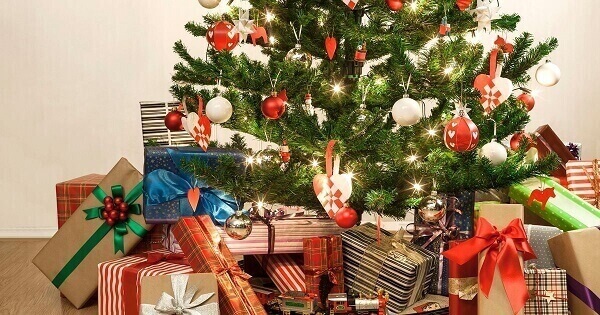 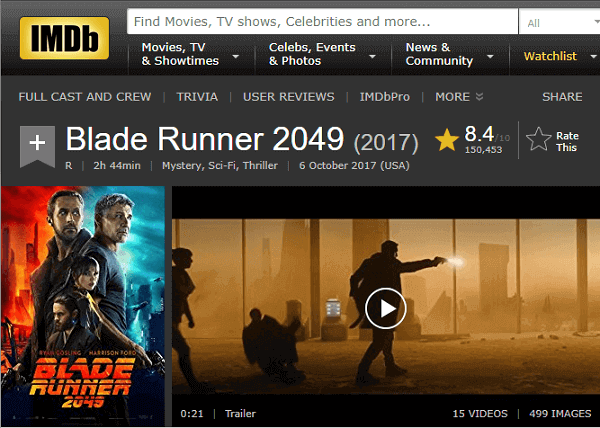 Synopsis: This is the sequel of Blade Runner on 1982 and also the adaption of Do Androids Dream of Electric Sheep which written by Philip K. Dick. "All those moments will be lost like tears in rain" will be the most impressive actor's lines which will touch each individual heart. The story is set on 30 years later, the upgrade of the contradiction of the two race humankind and clone are caught the attention of the Blade Runner K. He found the former blade runner who disappear from the scene for so long and they worked together to curb the battle of the two race. 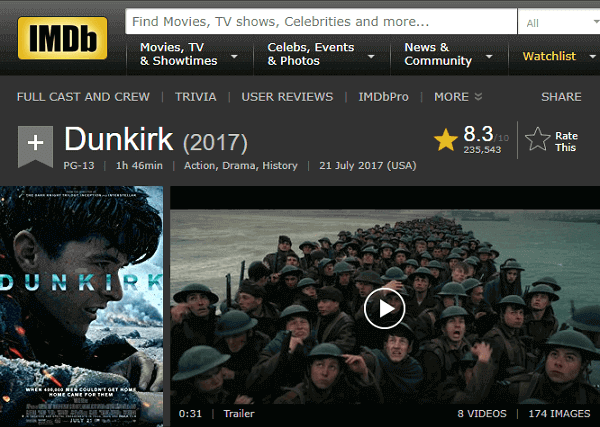 Synopsis: This is an Adaptation of the World War II, the Dunkirk evacuation. The films apply the location shooting directed by Christopher Nolan and use three perspectives: land, sea and air. 400 thousand Anglo-French Allied Force is besieged on the beach of Dunkirk. They fought hard for their life when facing the impasse of the approaching of the enemy.

NO.3 The Abominable Bride 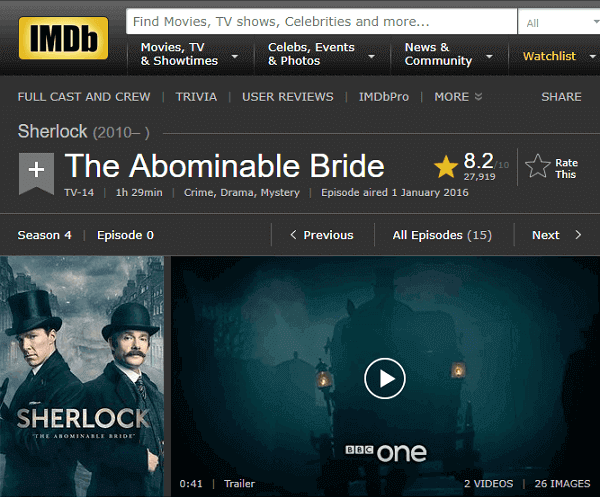 Synopsis: A special episode of British well-known television programme Sherlock. Although this episode released on the first day of January of 2016, it is still worth watching again for its flexural detective story as well as the superb acting of the prestigious actor Benedict Cumberbatch and Martin Freeman. This movie plays an important part of the Sherlock Season 3 and Season 4. Moreover, this film consists of the Easter egg for the Sherlocked fans.

NO.4 The Nightmare Before Christmas 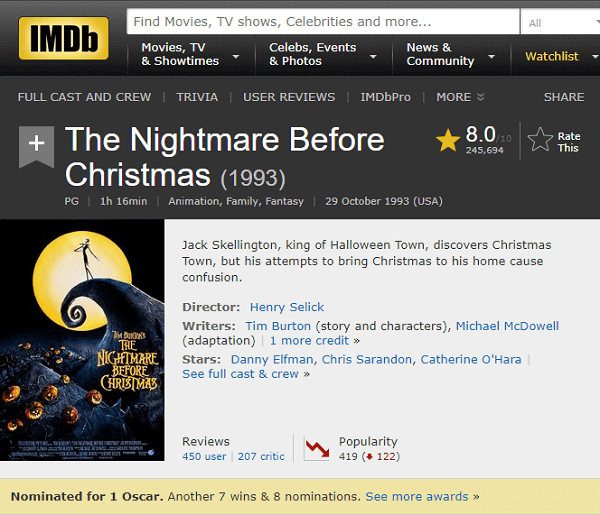 Synopsis: Nominated by Oscar, the whole story told what happened on Halloween Town, a fantasy world filled with ghosts and monsters. The main character Jack Skellington who is the King of the Halloween Town held an annual celebration, as usual, however, he came across to a tree with various doors. He unintentionally entered a door where lead to a wonderful world, the Christmas Town. Thus, the king of Halloween Town Jack kidnap Christmas back to his town and have done something less than satisfactory and eventually onwards into farce. Ultimately, he brought Christmas back and found his love.

NO.5 The Muppet Christmas Carol 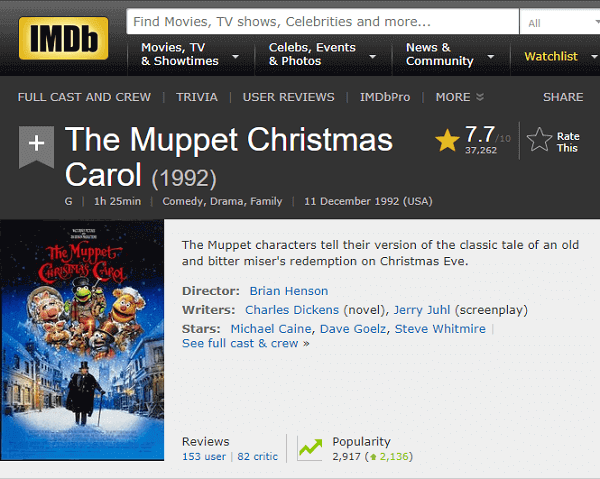 Synopsis: The whole movies are adapted by a novel of Charles Dickens. The main character Ebenezer Scrooge is a miser known far and wide. His acridness, indifference and worship money like his life make a deep impression on folks. He owned a countinghouse but to many people, he still mean. However, things have changed when the ghost of his dead business partner appeared.

NO.6 Murder on the Orient Express 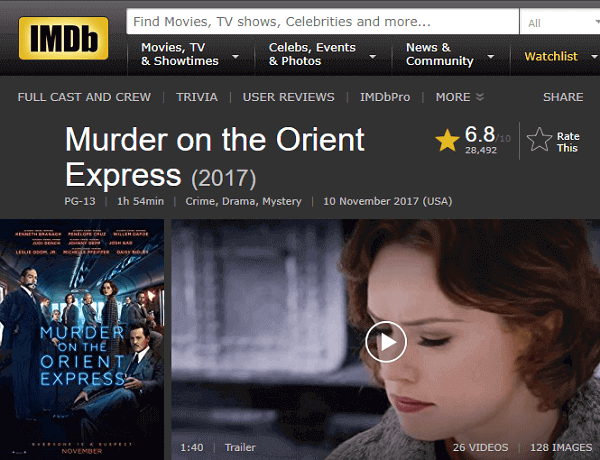 Synopsis: The movie is adapted from the famous detective story written by Agatha Christie, telling the story about the detective Hercule Poirot. He boarded a train of Simplon-Orient Express on the journey to London. On the second night on the Express, his dream is disturbed by several events and the next day of that day, he was informed that the Samuel Ratchett, the millionaire was murdered and he was required to do an investigation of the whole murder. How will he solve this case? Go and watch it! 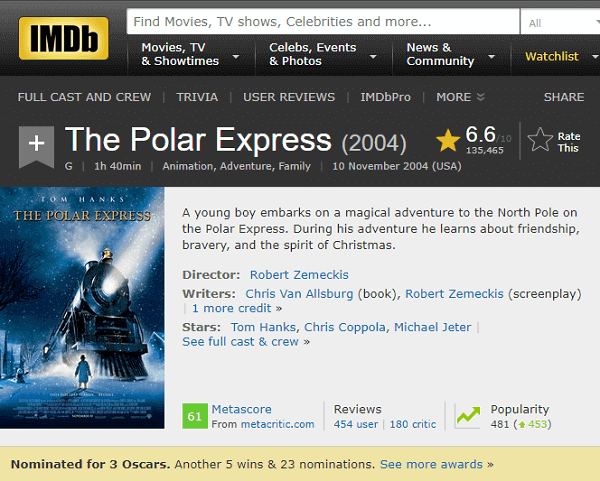 Synopsis: Speak of this animation movie, it is impossible to be unfamiliar with this famous songs When Christmas Come to Town and Santa Claus Is Comin 'To Town. Nominated by Oscars for 3 times, the animation movie is adapted on the 1985 children's book of the same name by Chris Van Allsburg. The whole story is told about a boy named Claus and his friend took the Polar Express to visit the Christmas.

All above the movies, you can search and find on your iTunes also can purchase it on your iTunes or make into A DVD or CD to have a visual feast by TuneFab M4V Converter.

Also Read: Is It Possible to Burn M4V to DVD

Hope you will enjoy all above best movies on Christmas in 2017 with your dear family member.