How to get double happiness? Try playing your favorite games on Xbox One while listening to your favorite tunes from Spotify. This post is going to show you how to stream Spotify to Xbox One in 3 different ways. You can directly listen to Spotify music on Xbox One or utilize a more flexible method to download Spotify music for offline playing on any device. Let's get to know how these methods work out in detail.

STEP 1. Let's head to the Microsoft store. Then, download and install the Spotify app on your console.

STEP 4. Press the Xbox button at the center of your controller.

STEP 5. Select the Spotify app from the menu on the left.

STEP 6. Pick a song and it'll play in the background when you're playing a game. 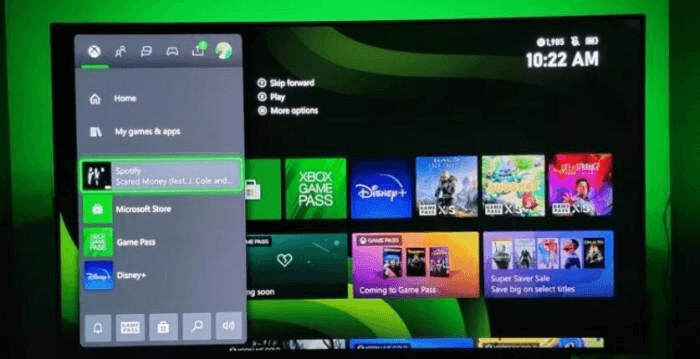 Note that you can disable in-game music to enjoy the best listening experience.

Method 2. Stream Spotify to Xbox One via Android/iPhone

Apart from directly logging in to your Spotify account on Xbox One, there is a way for both Spotify Premium subscribers and regular users to immerse themselves into virtual worlds while using Android or iPhone to control Spotify music with ease. That is Spotify Connect. Now, let's see how to stream Spotify to Xbox One from iPhone and Android.

Heads-up: check out whether your device is supported in the list here.

STEP 1. Open the Spotify app from your iPhone or Android.

STEP 2. Go to your music library on Spotify and start playing a song.

STEP 3. Load the playing page and tap the Device Available icon at the bottom of the screen.

Note that you should make sure that both devices are connected to the same internet connectivity. 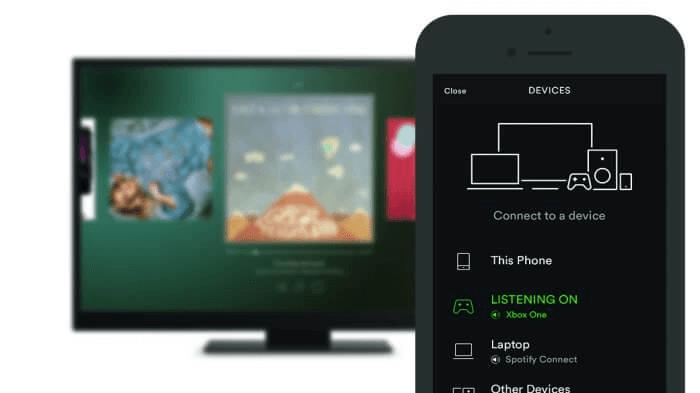 Method 3. Stream Spotify to Xbox One via USB

Method 1 is restricted to certain Xbox models including Xbox Series X, Xbox Series S, and Xbox One, while Method 2 is limited to specific models to take advantage of the Spotify Connect feature. If the former two methods don't cater for you, Method 3 must be a perfect match for you. This method is workable for all Xbox models and users without Spotify Premium.

TuneFab Spotify Music Converter is a top-rated program that works to remove DRM protection of Spotify songs and convert tracks to other popular formats. Then, users can transfer Spotify music to USB and freely play back Spotify songs offline on Xbox, audio speakers, CarPlay, and TVs. In this case, what you need is to download Spotify music to USB stick and plug it into Xbox. Then, use Simple Background Music Player to play Spotify songs on Xbox One. Before we go any further, let's see what makes TuneFab Spotify Music Converter so popular.

● Professional Decryption - TuneFab Spotify Music Converter experts at decrypting protected soundtracks from Spotify and making it realizable to download Spotify music to unauthorized devices even without a Premium subscription.

● High-Quality Output - TuneFab ensures the best sound quality to deliver listeners a studio-immersive experience. Spotify music will be saved in higher than CD sound quality up to 320kbps and 48kHz.

● Multiple Download Tasks - The software can fetch songs from Spotify songs, albums, playlists, and podcasts. Better yet, users are possible to directly download the entire playlist/album with a click.

● Efficient Download Process - With its in-app acceleration system, the decoding process can be accelerated up to 5X faster. Batch downloads are also quick to complete in no time.

● Straightforward Interface - There is no difficulty using TuneFab Spotify Music Converter. The in-built Spotify Music web player makes it as easy as falling off a log.

I'll break the whole procedure down into 3 steps and that's totally easy to follow.

First, please complete the setup of TuneFab Spotify Music Converter. You'll prompt to log in to your Spotify account in the in-built Spotify Music web player. It works both for Premium users and regular users. Then, go to the playlist or search for the specific song you want to download. 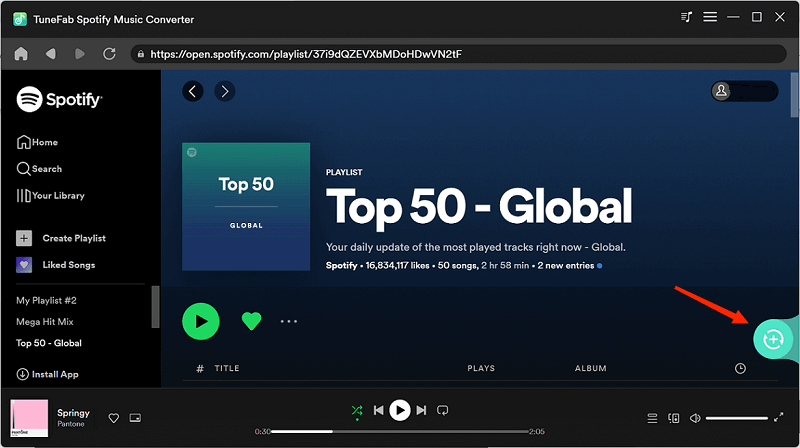 Connect your USB stick to the computer and create the Xbox Music Library folder in USB drive's root folder. Then, go to the Dropdown menu on the top right and choose Preferences. You should select your USB as the output path and go to the Advanced tab if you want to have better output audio quality. 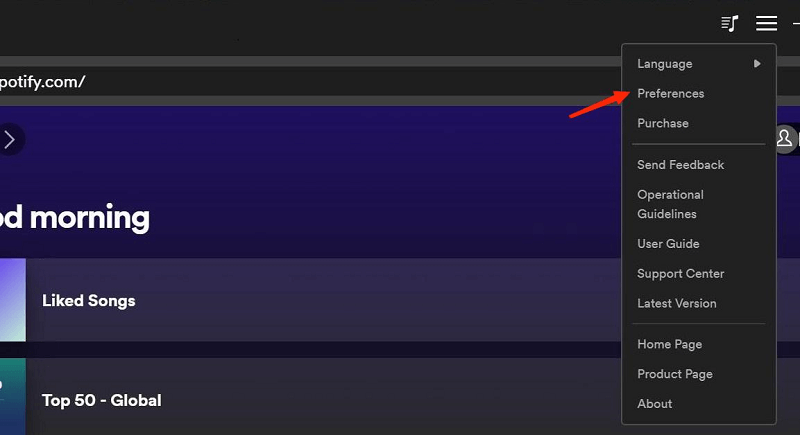 After that, back to music feeds and select those you want to download from Spotify. Click the Convert All button to convert Spotify music to MP3 and store your selected songs on your USB stick. You'll see the converting process for each song in the interface. 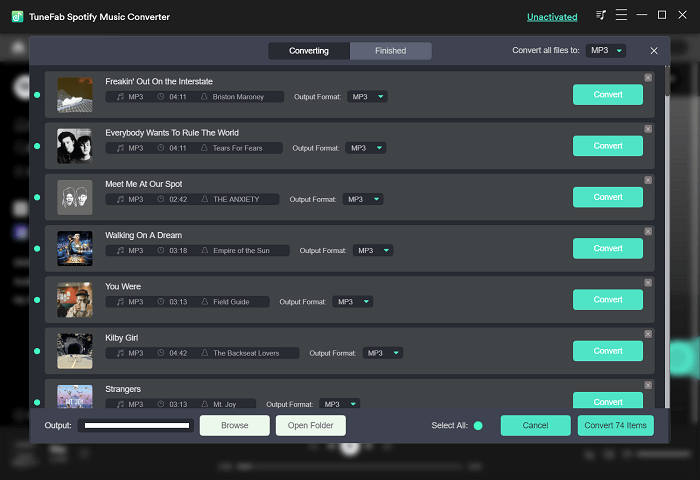 Go to download the Simple Background Music Player app in the Microsoft store and install it onto your Xbox One. You should keep the app closed and then plug your USB stick into Xbox One. It's okay to launch the Simple Background Music Player app now. It'll prompt you to press Y on the controller and start searching for music. Your Spotify tracks should be shown on the screen. Pick your favorite songs and start your adventure on Xbox One.

1. Simple Background Music Player can only fetch audio files in MP3, WMA, and FLAC so far.

2. Simple Background Music Player only fetches tracks in the Xbox Music Library folder at the root folder of your USB drive. 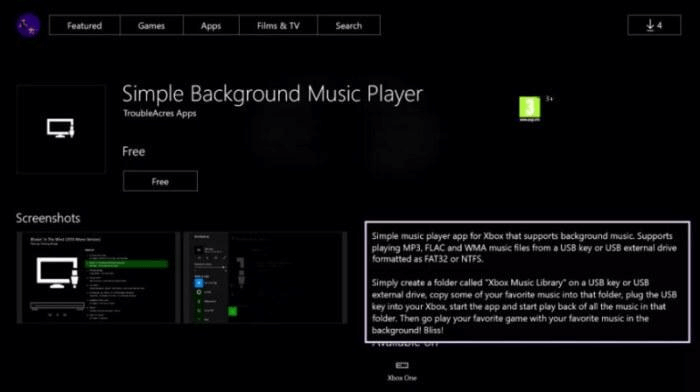 Can you play Spotify on Xbox One while playing a game? The answer is YES for sure. There are three methods introduced in this post. If you have the supported Xbox model, go with Method 1. If you have a Spotify Premium membership, go with Method 2. If you want to play Spotify music offline on Xbox One, Carplay, Roku TV, Apple TV, audio speakers, and more devices, TuneFab Spotify Music Converter will give you a flexible workaround.