AAC refers to Advanced Audio Codec, which is an audio format widely used nowadays. There are two kinds of AAC format - DRM-protected AAC and DRM-free AAC. Talking about the DRM-ed music files, we could think of Apple/iTunes Music immediately. DRM is used to protect the digital contents from being replicated and transferred. If you want to keep these songs playable on any devices or MP3 media players, you'd better remove DRM from them and convert the files format into MP3, a common supported one.

In this post, we are going to recommend 5 converters for converting AAC format to MP3 for those who want to keep AAC songs in MP3 format. 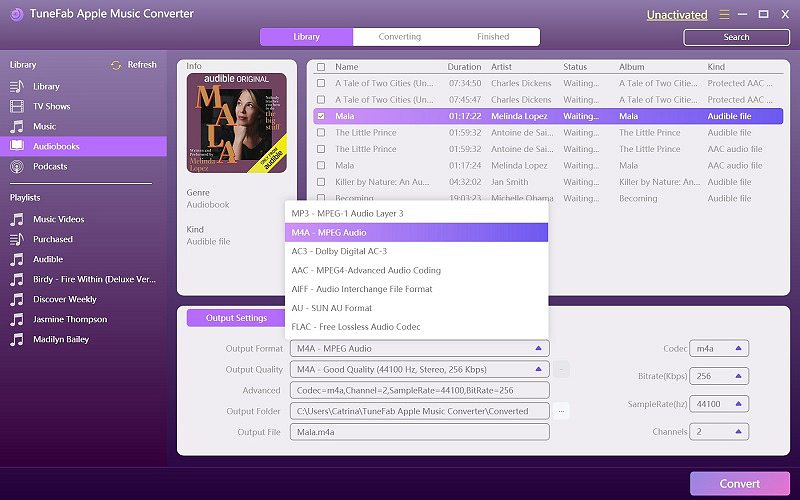 Talking about DRM removal and format conversion, TuneFab Apple Music Converter is the first one that comes into my mind. This program is powerful for helping you to get rid of DRM encryption and make you in charge of your music, audiobooks freely. It can convert AAC songs to MP3 format with few simple steps. TuneFab Apple Music Converter would be a great choice for converting DRM-protected AAC to MP3.

TuneFab Apple Music Converter provides with free-trial version for experiencing, and it is available on both Windows and Mac system.

Handbrake is a freeware converter for audio, video files conversion. It is totally free for users to convert the files. HandBrake supports AAC, MP3, FLAC, AC3, or Vorbis as the import format. With HandBrake, you could easily convert the DRM-free AAC music files into MP3 format. But comparing to TuneFab Apple Music Converter, HandBrake would be less competitive since it fails to convert the DRM-ed songs into MP3.

Convertio is an online converter for file conversion freely. You could select to convert audio, video, or image, etc. For audio conversion, Convertio supports MP3, WAV, FLAC, OGG, WMA, M4A, AMR, AAC, AIFF, CAF, AC3, APE, DTS as import formats. So you could freely convert AAC files in to MP3 by dragging the file from your computer and drop it to the page of Convertio, and the file would be simply converted. 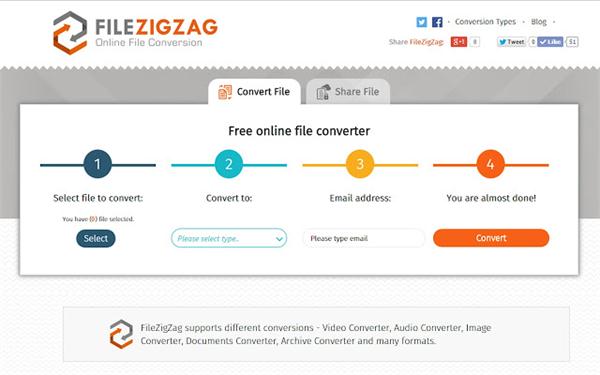 FileZigZag is similar to Convertio, which is also an online converter. The popular conversions in FileZigZag are video, audio, image, document, and archive converters. As for audio converter, the popular format conversion refers to MP3, AAC, WAV, and WMA. So using FileZigZag could also help you convert AAC format into MP3. With this online converter, you don't need to download a program to waste your storage space.

Zamzar is an AAC to MP3 online converter, which could convert AAC audio files into AC3, FLAC, M4A, M4R, MP3, OGG, WAV, WMA. You just need to select the files on your computer, then choose the format as MP3, and enter the email address to receive the files. Then you could successfully convert the AAC files into MP3.