As a hip-pop music fan, you must have heard Drake's One Dance, a song won the Best Streaming Single, the Best R&B Song and the Best R&B Collaboration in 2017. On Spotify, you can find so many Drake songs and playlists. However, when you enjoy Drake songs offline, or listen to Drake songs on MP3 player, you need to download Drake songs to MP3 from Spotify.

Without further ado, check the top ten Drake songs on Spotify and the step-by-step guide for saving Drake songs and playlists to MP3 as below.

Album: The Best In The World Pack

Album: Bigger Than You

The above ten songs are some master works of Drake songs. Since 2010, Drake has released four albums including Thank Me Later, Take Care, Nothing Was the Same and Views, so if you want to enjoy more Drake songs, then go to Spotify and search "Drake". When you want to enjoy these songs on MP3 players or listen to these songs offline without Premium, you need to follow the below guide to download them to MP3.

Below are the ultimate method for downloading Drake songs to MP3 with TuneFab Spotify Music Converter.

If you haven't use TuneFab Spotify Music Converter before, then click on the "Try It Free" download button to download and install this software on your computer. As this Spotify Music downloader supports both Windows and macOS platforms, so make sure you've downloaded an appropriate version.

Launch the software and then Spotify will be opened automatically provided that you install Spotify on your computer. After that, click on "Add Files" button on the top menu bar and then follow either method to add Drake songs.

#1. Directly drag Drake songs, playlists, albums from Spotify, choose all songs that you want to convert and then click on "Add" button at the bottom right corner. 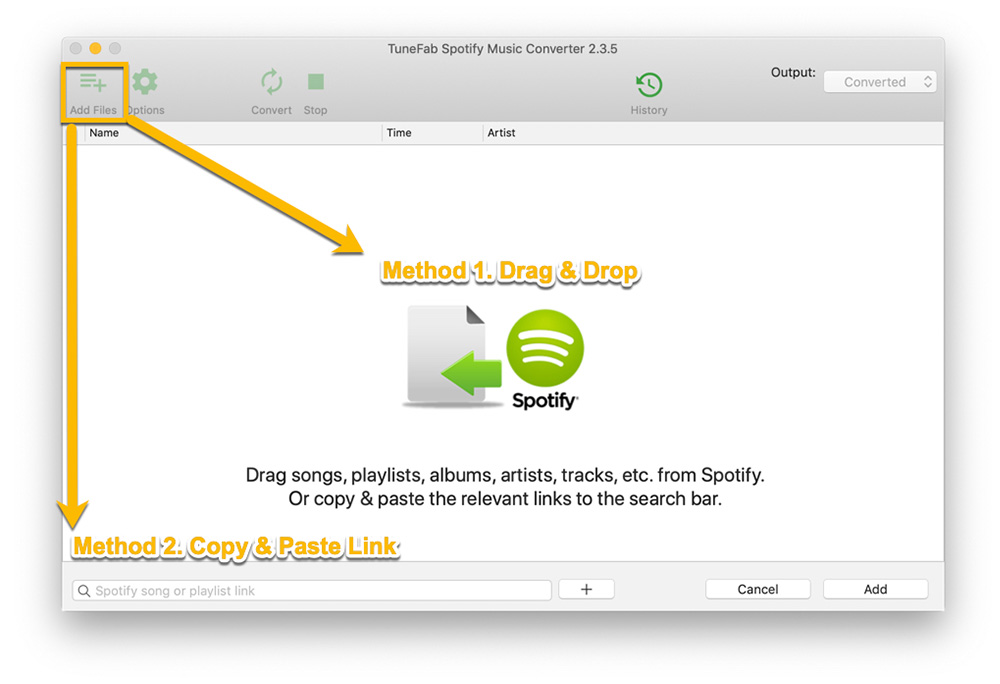 In order to save Drake songs and playlists to MP3, you need to select MP3 as the output format. To do that, click on "Options" button on the top menu bar to open "Options" window and choose MP3 from the drop-down format list.

In addition, you can also change the conversion speed, SampleRate, BitRate and output folder on the "Options" window. All converted files will be saved on the output folder. 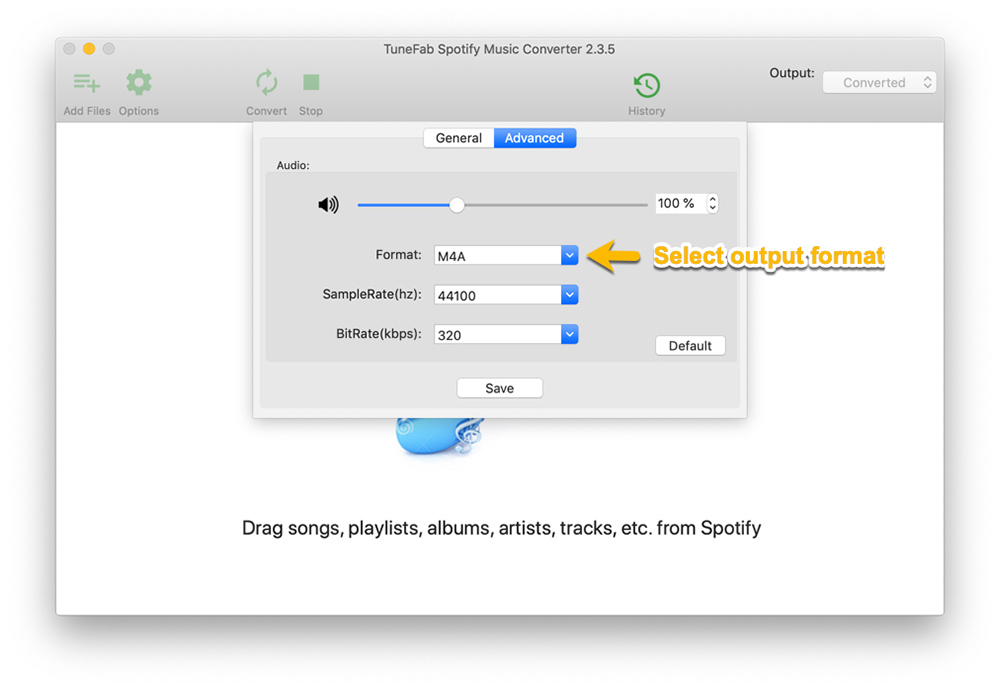 At last, click on "Convert" button next to "Options" button to let the software start converting Drake songs or playlists to MP3.

During conversion, you are allowed to change the song title. When the conversion is finished, you can click on the folder icon on the top menu bar to open the output folder and then transfer them to MP3 player or other portable devices for offline listening. 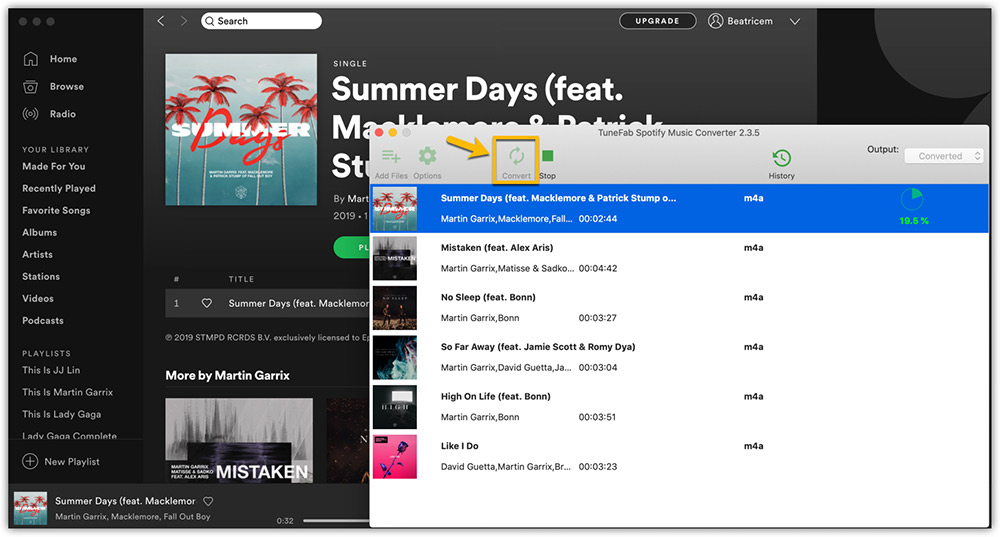 No matter whether you are a hip-pop music fan or not, you can't miss Drake songs and playlists. Though all Spotify subscribers are allowed to listen to Drakes songs online, you had better download them to MP3 with TuneFab Spotify Music Converter so that you can listen to them on any portable devices offline.