Part 1. Albums of Drake, King on Apple Music Part 2. How to Get More Life in iTunes Store Part 3. How to Play More Life in Android

From the 2017 charts and trends which is announced by Apple, unveiled the most popular apps, music and broadcasts in App Store, Apple Music and Apple Broadcast platform. The charts and trends have bestowed the honors on the top album and song respectively. Therefore, in this guide, we will have a brief introduction of these best albums on Apple Music and tell you how to get them.

According to Apple, Drake's More Life ranks the first of the top album in 2017, while Ed Sheeran's Shape of You is elected as the most popular song. And Taylor Swift's album Reputation already shot up to No.3 on the 2017 US top album charts, even if this album has just released in November. Khalid, Daniel Caesar and 6LACK, as Apple Music Up Next 2017 artists, all earned GRAMMY nominations this year. 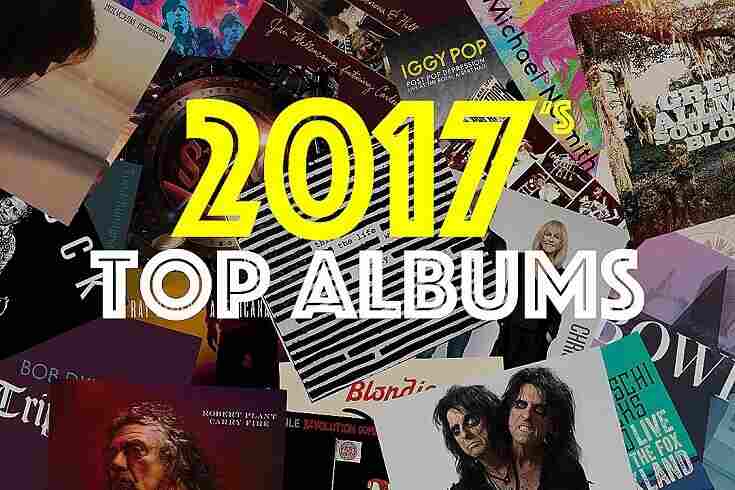 "More Life-billed as just that, a playlist is a celebration of Drake's most exciting and far-fluing musical interests." - Review from iTunes.

Drake is a Canadian rapper. And More Life is a commercial mixtape released in Mar, 2017. More Life received generally positive reviews and ranked first on the US Billboard 200. It becomes Drake's seventh consecutive number one album and it also breaks several streaming records. Drake's More Life is rated by 4557 people in iTunes Store. Now its average rating has reached 4.5 stars. Customers deem it as the best album yet. You can enjoy this album on Apple Music. 22 songs comprise this album, such as Passionfruit, Portland, Teenager Fever, and more. Amongst the list, Passionfruit is the most popular one. Drake's More Lift costs US$12.99. You can buy it for yourself or gift it to your friends.

The above information and data reveal that the trend of the most popular album on Apple Music will be difficult to change in the future.

Part 2. How to Get More Life in iTunes Store

Step 1. Open iTunes. Download and launch iTunes on your computer.

Step 2. Search the Album. Search More Life in the search box. Then iTunes will show the search result, from which you can enter the album. 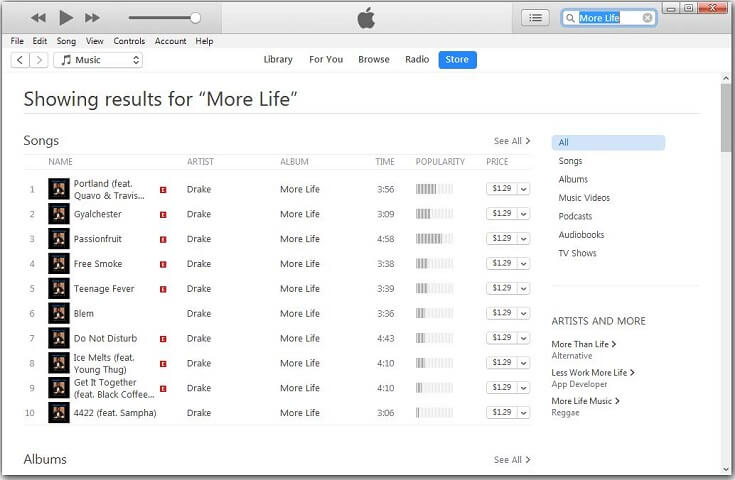 Step 3. Preview the Album. Then you can directly click to play whichever song of the album you want. You can click the price tag to purchase the song or click the arrow icon to gift this song, add to Wish List, tell a friend, share on Twitter/Facebook, or copy link. 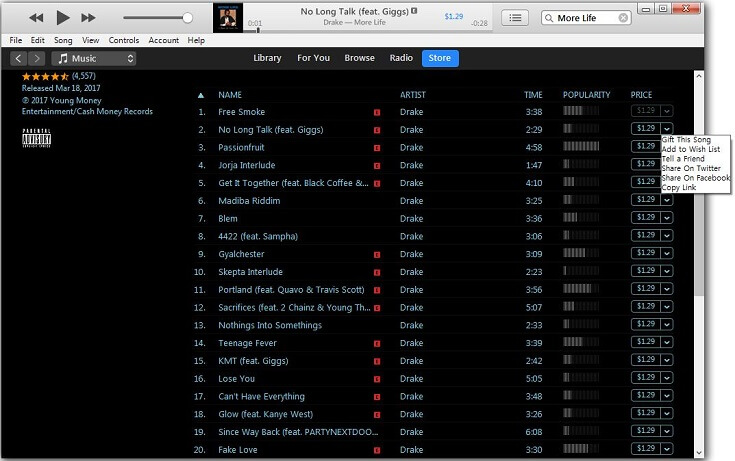 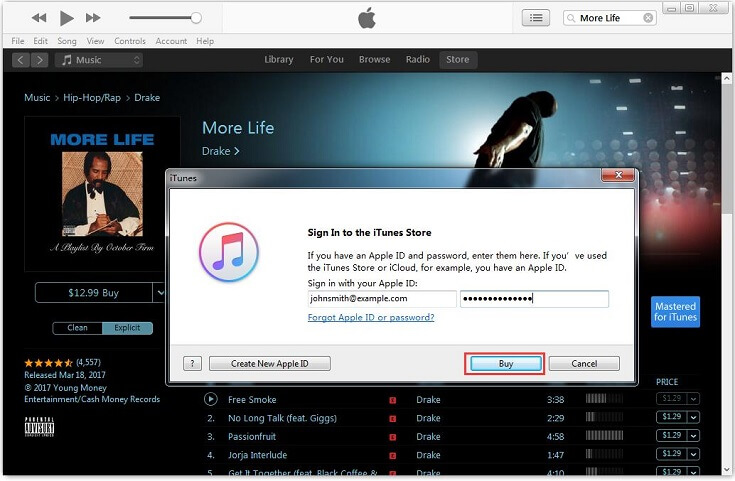 Part 3. How to Play More Life in Android

You have got the More Life album in your iTunes. And you can enjoy the music in your iPhone X/8/7s/7. However, Apple Music tracks downloaded/purchased from iTunes store are mostly in M4P format. If you want to play Drakes' More Life album, Ed Sheeran's Shape of You, and Taylor Swift's Reputation, etc. with your unauthorized Android device, you need to convert the song format with an reliable music converter program. Then, you are able to transfer Apple Music to Android devices easily.

Here, TuneFab Apple Music Converter is recommended. This is the top program in the field of music format converter due to its professional conversion ability, easy-to-navigate interface and high speed of conversion. With this program, it is an easy job to convert Apple Music songs by removing DRM from Apple Music within 3 steps.

TuneFab Apple Music Convert is able to detect and load the album such as More Life from your computer. Then you can preview and check the songs in the Playlist menu.

Go to the "Output Setting" section and select output format for your Apple Music tracks from the drop-down list. You can select to convert the songs to MP3, M4A, AC3, AIFF, AU, FLAC, M4R, and MKA.

When output format and other settings are done, click the "Convert" button at the top-left corner to convert items in the list into the target format.

When conversion is completed, you can enjoy best album of Apple Music in your Android device. Just enjoy your spare time with the fantastic music!